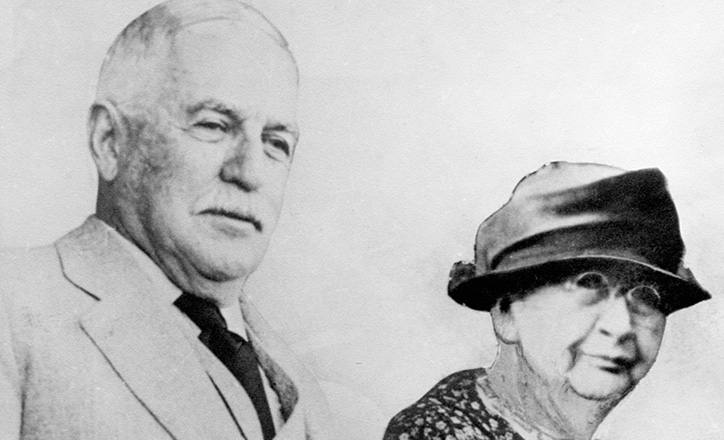 During his lifetime, Harry C. Trexler contributed a great deal to the growth and quality of life in the City of Allentown and the surrounding County of Lehigh. Born in 1854, Harry Clay Trexler attended area public schools and later the Tremont Seminary in Norristown. After his father’s death, Trexler and his brother expanded the family business into one of the largest lumber companies in the East. In 1885, Trexler married Mary M. Mosser, the daughter of a wealthy tanner. The couple had no children.

In 1897, Harry Trexler, George Ormrod, and Colonel E. M. Young organized the Lehigh Portland Cement Company, which became one of the largest cement producers in the world. Trexler also was involved with public utilities including water, electricity, public transportation, and telephones. He held seats on several corporate boards as well as trusteeships at three area hospitals, two colleges and a university.

Trexler served on the staffs of six governors of Pennsylvania. In 1911, he was appointed Colonel and Quartermaster General of the Pennsylvania National Guard. In 1916, he served during the mobilization of troops on the Mexican border and in 1917 prepared troops for service in World War I. He retired in 1918 having achieved the rank of Brigadier General.

Trexler devoted much of his time to a variety of agricultural pursuits including a trout hatchery, poultry farms, potato and grain farms, orchards, alfalfa dehydrating plants, and a sheep ranch. From more than 1,100 acres, Trexler established a game preserve for buffalo, elk and deer. The Trexler Nature Preserve, previously known as the Trexler-Lehigh County Game Preserve, was conveyed to the County after the General’s death.

His Life and Legacy

He (General Trexler) loved this section of the county and its picturesque autumn scenes with the ash and maple trees showing off their brilliant colors.